An aging club kid speaks. A requiem for Orlando. 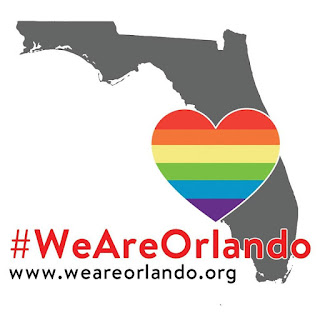 I added this as a chapter to my book after watching the film “Maestro” on IFC. The clubs of my youth gave me sanctuary and respite from life. They were my social hub and a place to be me and live my life in a society that wasn’t quite as open as it is now. My heart breaks for all those killed this past weekend in Orlando. They were trying to find solace, find a friend, find a date, or just fucking dance, but it all ended so horribly. In our post-Obergefell world, we thought we had it all wrapped up and we could go about our lives.

We were wrong. Very wrong.

I often get laughed at by my students for my musical choices in the classroom/studio. I won’t lie; it was a tough time growing up musically. I grew up at the end of Led Zeppelin and the beginning of Abba. My choices were limited for sure. But music was a huge part of my growing up. I loved Elton John and some of the musicals my parents had on vinyl. I remember coming home from camp in 6th grade, and my parents had bought A Night at the Opera by Queen, and it blew my little 12-year-old-head. Apparently they needed a rock and roll soundtrack for the bacchanal they had while I was away at camp.

My early years as a young gay male and the world of music that opened up to me in the clubs, bars, and discos in Toledo had a lasting effect on my musical tastes as an adult. If I wasn’t sneaking in to the gay clubs and dancing to late disco or early house, I was at the straight clubs shaking it to the grinding funk and R&B that populated the playlists at such bars like Renee’s, one of the true discos left standing after the 70s. They tried to update the place with new lights and décor, but it was what it was, an old disco tucked in a shopping mall.  It didn’t last long into the 80s. I had older gay friends who tried to turn me on to the various musical genres taking hold, an array of music that still has a place on my iPod today. Cutting-edge groups like Kraftwerk and divas such as Sylvester and Grace Jones still rock my world. But as the 80s closed up and we moved on into the 90s, club culture was still booming. Bars were a place of refuge for my friends and me, both gay and straight. They were places where we could go and get away from it all. Sure, we had the disco anthem I am what I am (by Gloria Gaynor if you didn’t know) to help us feel good about ourselves, but it was no Born this Way.
Many of my current students go to the Necto in Ann Arbor, MI another grey lady from the disco era who has managed to survive into this new century. Of course, we knew it as the Nectarine Ballroom back then. It was a spacious and opulent place where the music was amazing and every night, gay or straight, was fabulous. Money was saved up each week for the nights out in Michigan. If we drove fast, we could close the Nectarine at 2:00 a.m. and drive back to Ohio to close out Buttons or Bretz and continue partying until 4 or 5 am.

I caught the documentary “Maestro” on IFC, and the film has been floating around in my head since I watched it. I have watched the opening credits many times, as the narration over the thumping house beats brought back many memories for me. As the credits roll, a voice begins to speak:

“I want to tell you about walking into an oasis.”

“Feeling like I just walked into my family’s living room...it was about being safe from the social restrictions of the outside.”

“Everything the Moral Majority told you couldn’t do, it didn’t exist anymore. It was a family that had only one rule, to love thy brother, and that was okay. It was you and them against the world, and we survived together.”

I get goose bumps as I read these words because that is how I felt about going out to the bars and clubs in my early 20s. It was freedom from a world of AIDS and HIV and from the crap going on in my head as a young man who knew he was gay but didn’t know how he fit into the world. The last line says that we survived together, but in reality, we didn’t. I lost so many friends from this time that it breaks my heart to think about them and their lives, cut down so quickly. My nights of going out and clubbing are pretty much over now. It’s a totally different experience to dance with a kid in your family room to the Wii and not be in a club. The smell of pot and poppers are replaced with the smell of juice boxes and a not so fresh diaper. I can still crank out Lady Gaga with the kids and on cue they both raise their hands in the back of my car as Mother Monster commands them to “put their paws up!”  And I can still put on my headphones, grab my dog, and go out for a walk in the park jamming to the tunes that made me who I am today. The strobes are gone, but the memories remain.

Dance on my brothers and sisters. Dance on.